I got the most amazing news the day after my wedding, when my husband surprised me with a honeymoon to Dublin, Ireland. When the rest of the wedding party and guests were heading off to Sunday breakfast, we were on our way to the airport. My first international flight. You can imagine my excitement, despite the fake lashes burning my eyes (most of it was happy tears).

It was only a six day trip, since grown-ups don’t get long holidays. Also, the sixth day we had an evening flight back to South Africa. Still, it was six days I never thought I’d experience. It was a tough decision, but we decided to stay only in the city. We didn’t want to rush through a whole country in only six days. On top of that, except for accommodation, nothing else was planned. Which was exactly what we needed after a year of wedding planning. We had six days to ourselves: If we wanted to go out on a tour, we could, if we wanted to sleep in and do nothing the whole day, that was also an option. Mostly, however, we walked through the cobblestone alleys and busy streets exploring every inch of the city, taking in as much as possible.

Breakdown of my days in Dublin

Mostly just visuals of the city. I fell in love with Dublin – The vibrant atmosphere, kind people, and beautiful architecture. Every day we walked around for hours, not really heading anywhere,  just allowing the city to draw us in with it’s old world beauty. We’d pretty much wake up, go for breakfast, plan which one or two places we wanted to visit the day, go there, on our way back get distracted by a promising bar or quaint café, walk around a bit more, stumble upon hidden gems, and then start thinking about dinner again. Then after dinner, we’d go walk around the city again, as Dublin never sleeps at night. It was six days of pure bliss. If you look really close, you’ll see that there are carvings of famous literature on the buildings. 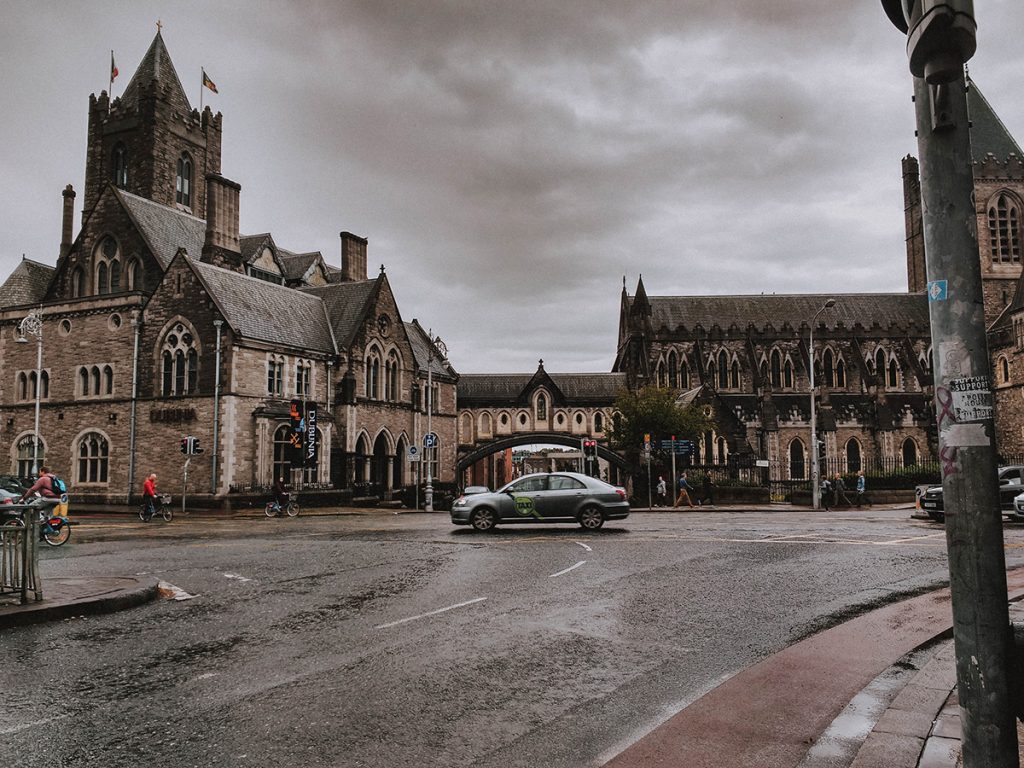 Getting acquainted with the streets of Dublin. 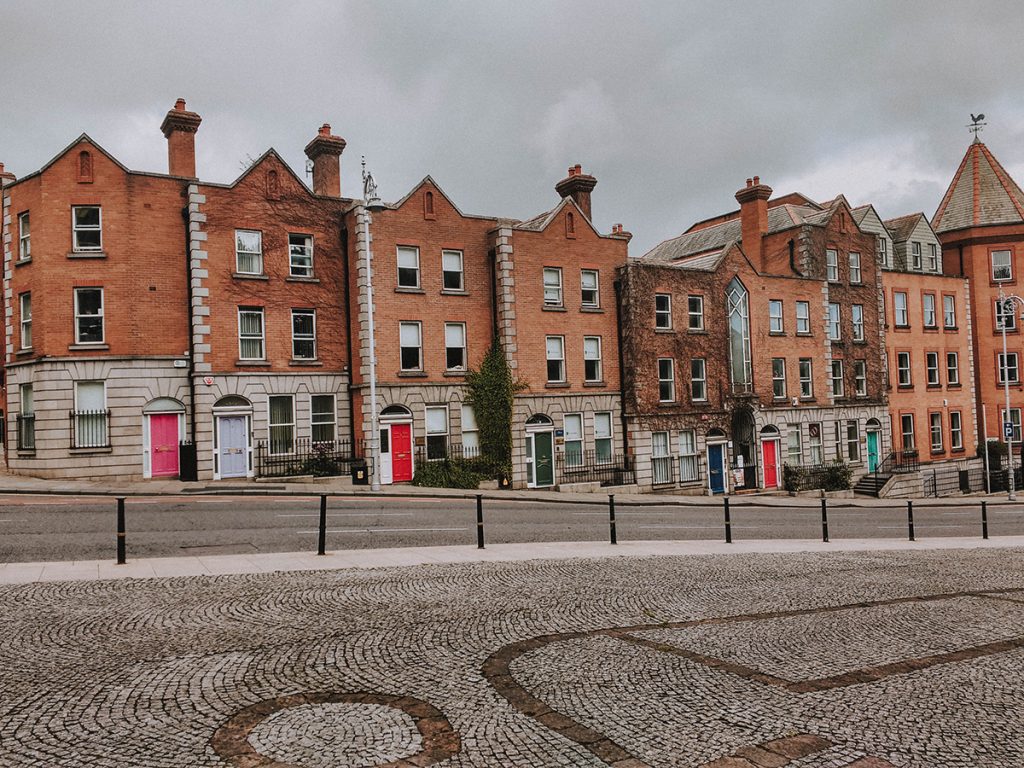 Colourful doors and standing on some kind of paved viking illustration. Naturally we had to visit Guinness. It was quit a mission to find the place, and to remember your way back home again. 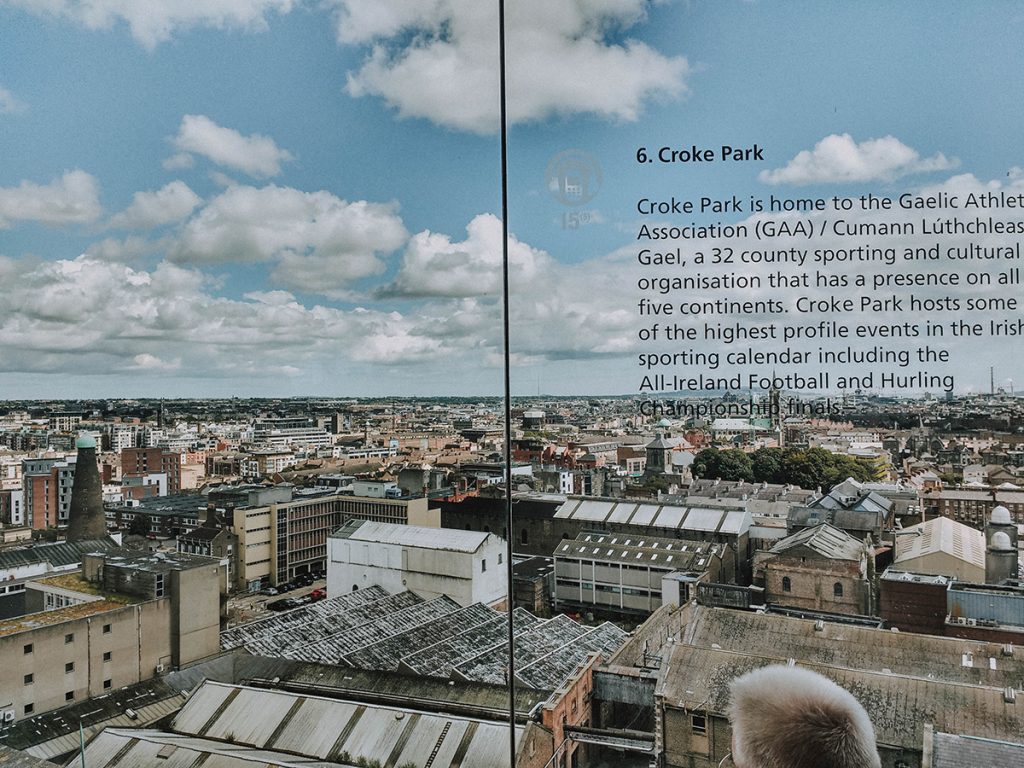 Similar to Cape Town, there are certain areas in the city rich with amazing street art. 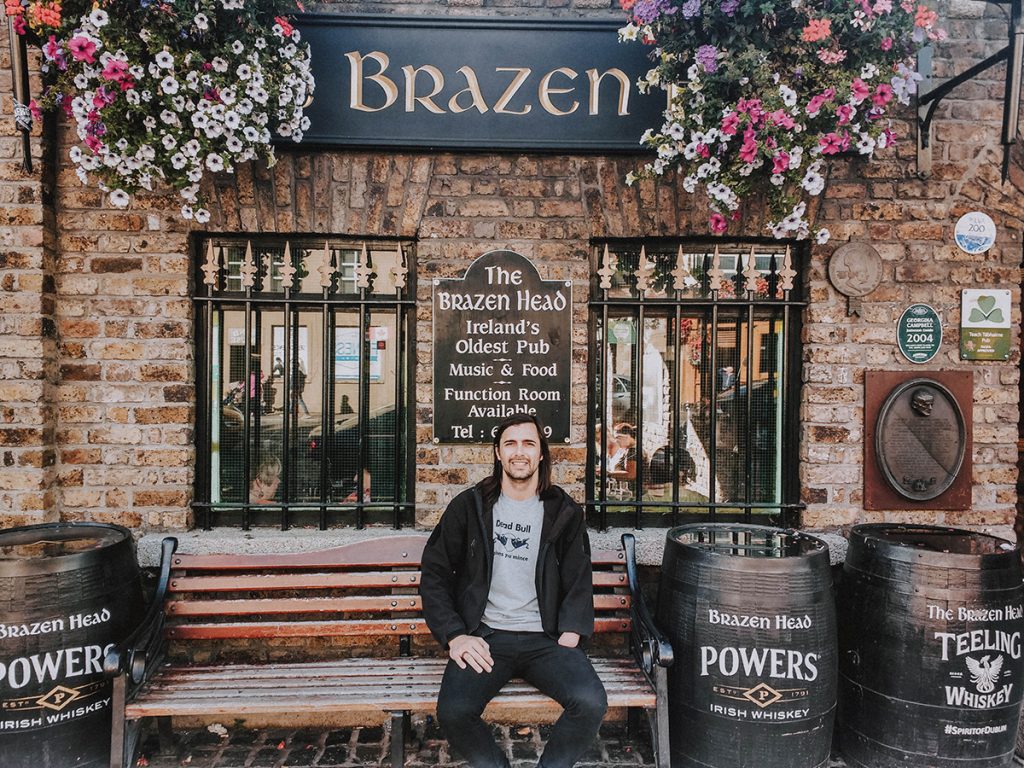 The original Brazen Head. As an old Stellenbosch Matie you can imagine our excitement. 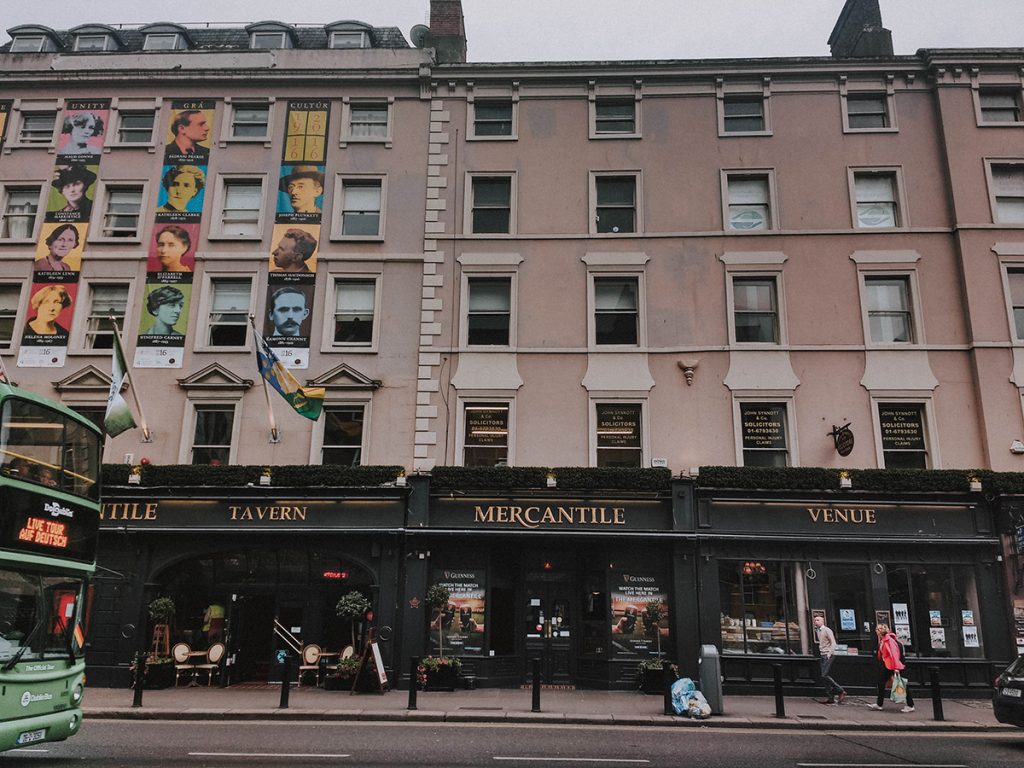 Trinity College: On our way to The Book of Kells. Sitting on the lawn at Trinity college. Book of Kells library is behind us, and so is the super long queue. So, we never ended up going. My love for books and libraries was outweighed by my hatred of long queue. Also, the price interfered with our lunch budget. Whiskey tasting at the Irish Whiskey Museum. The staff is super nice and comfortable to chat with. We had a cool chat with the barman. At some point we were talking about Shebeens. 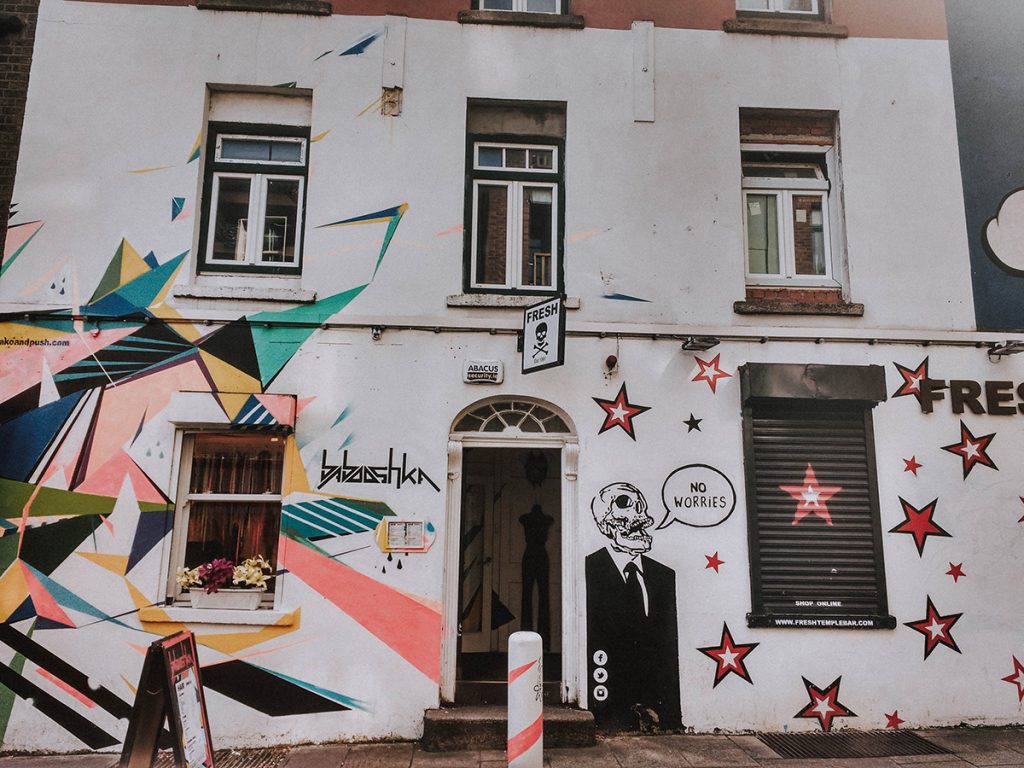 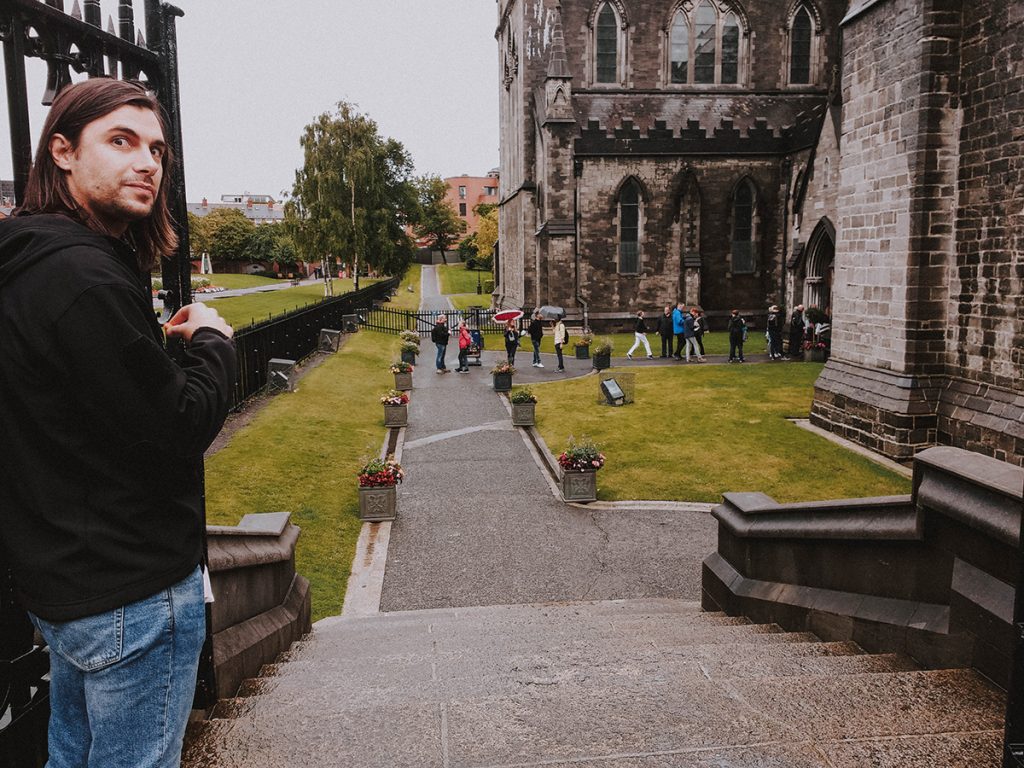 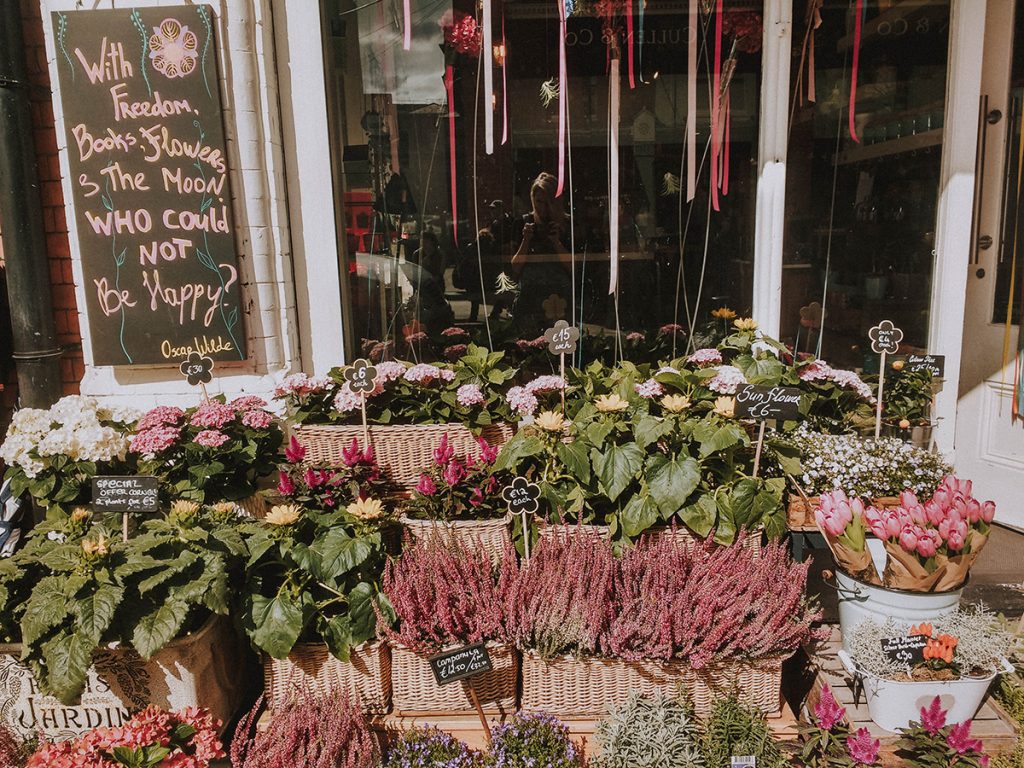 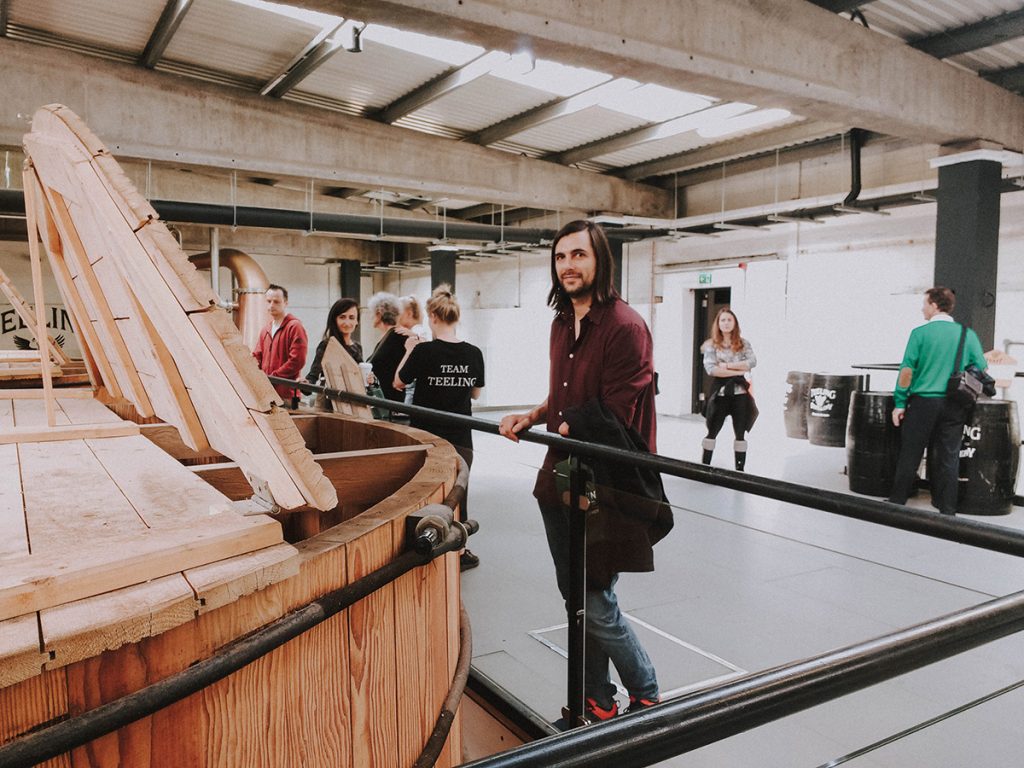 Whiskey cocktails after our tour at Teeling. 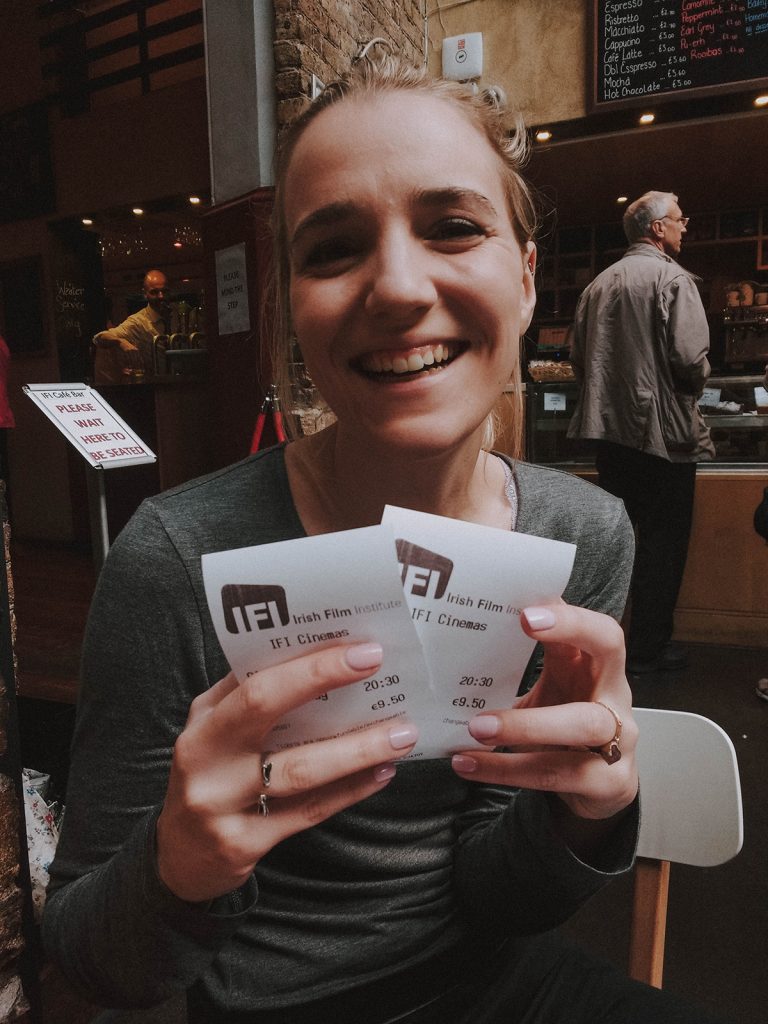 Watching a movie at the Irish Film Institute. At The Porterhouse bar in central Dublin. 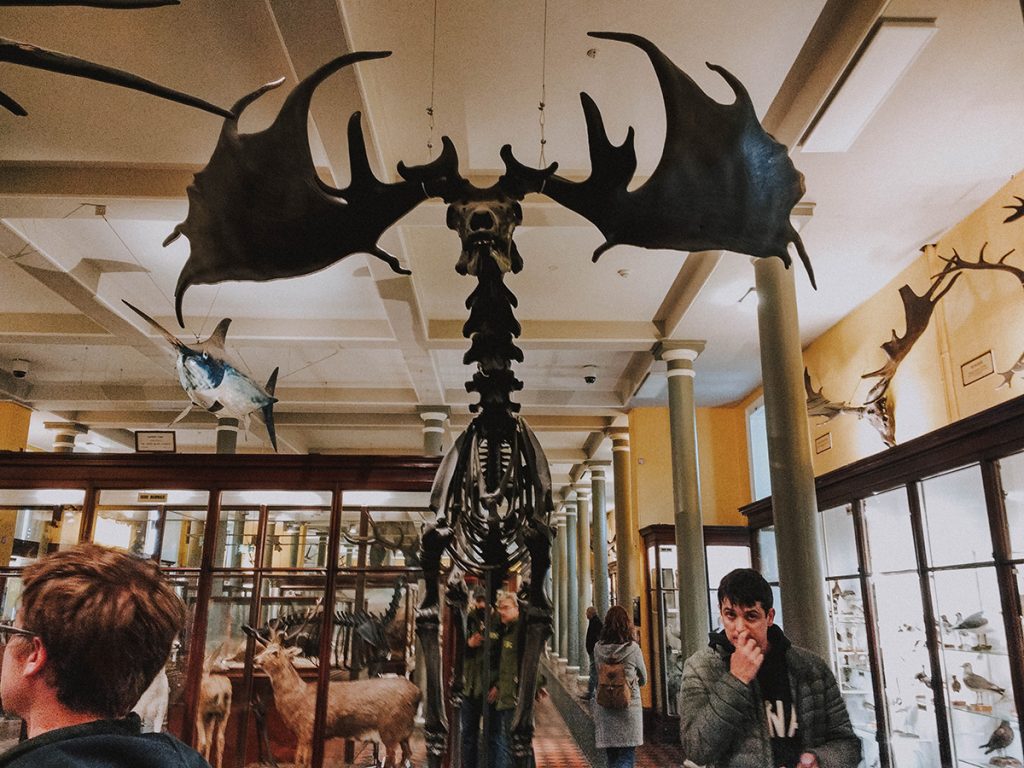 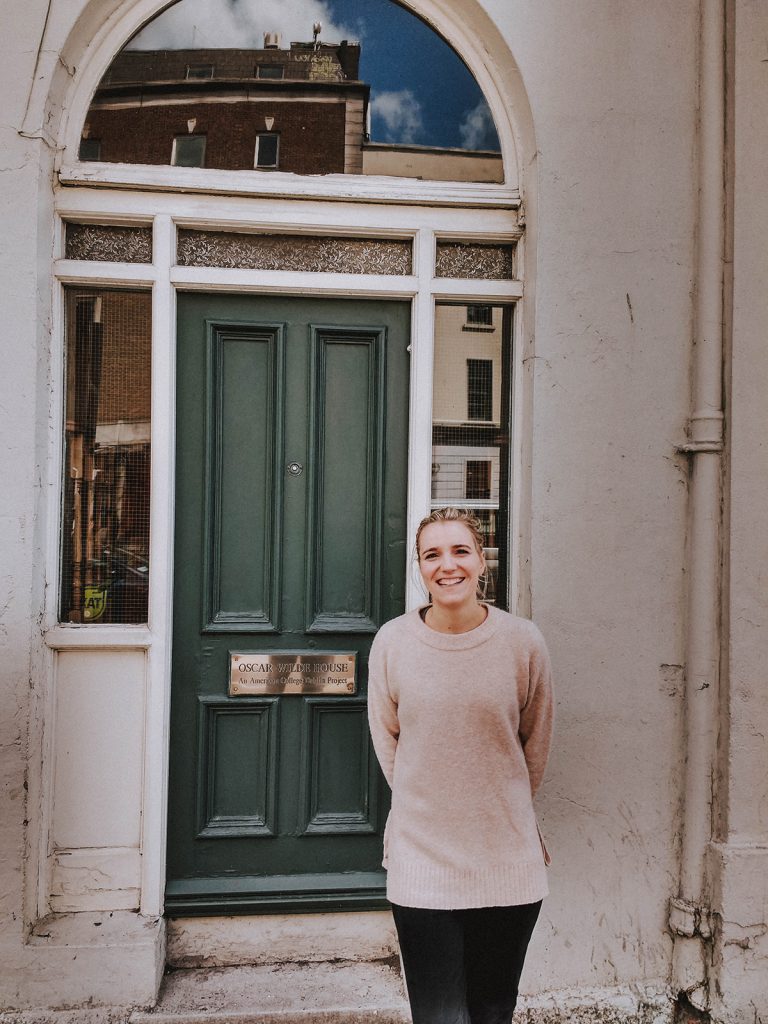 At the Oscar Wilde House. In the park nearby there’s also a statue of him, and quotes from his works. There’s also an awesome playground for kids. Unfortunately I couldn’t go in or take photos, because unaccompanied adults aren’t allowed in. 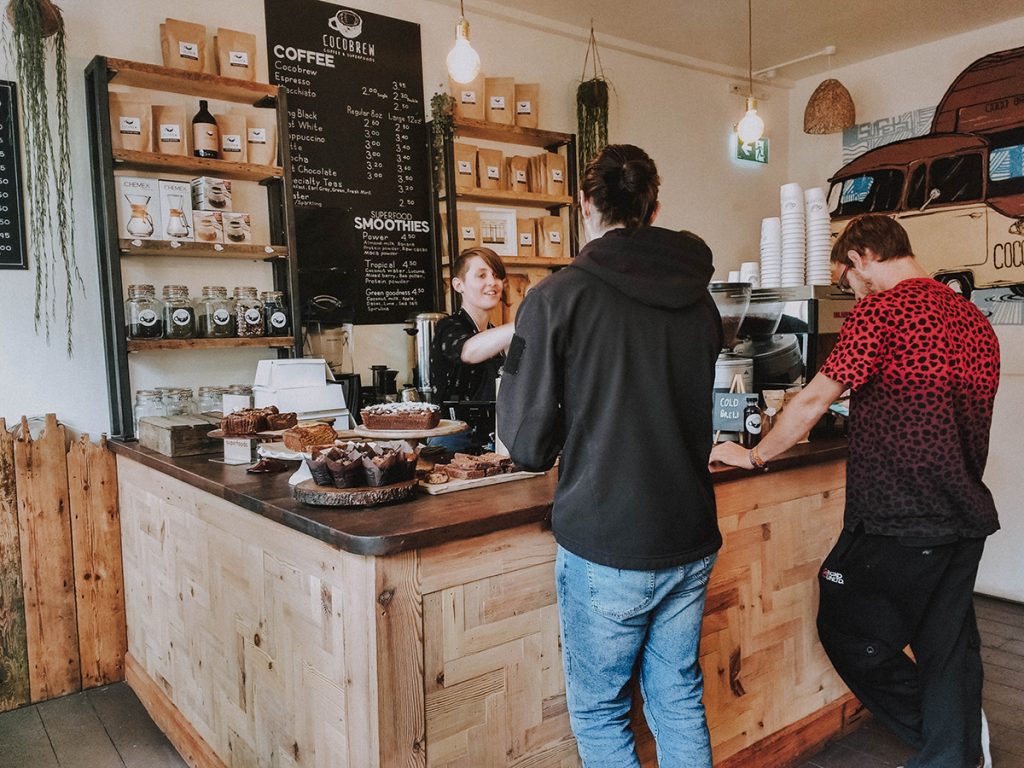 Cocobrew: Some caffeine intake, before our flight in the evening. 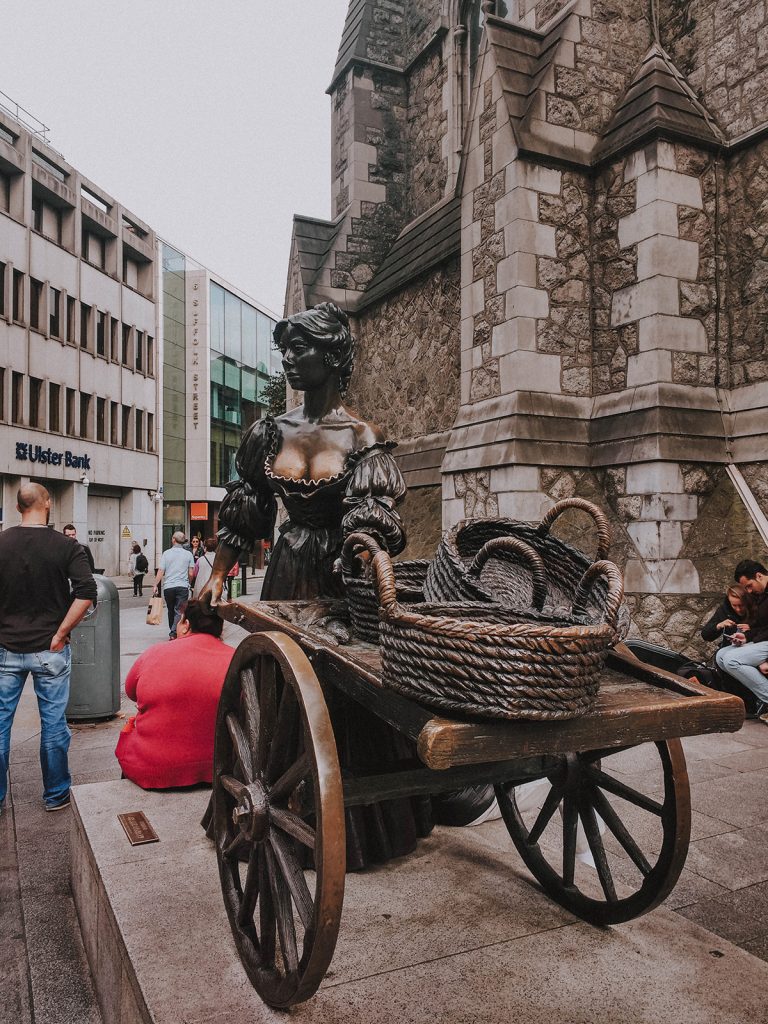 Statue of Molly Malone: A fictional character from a well-known Irish song. 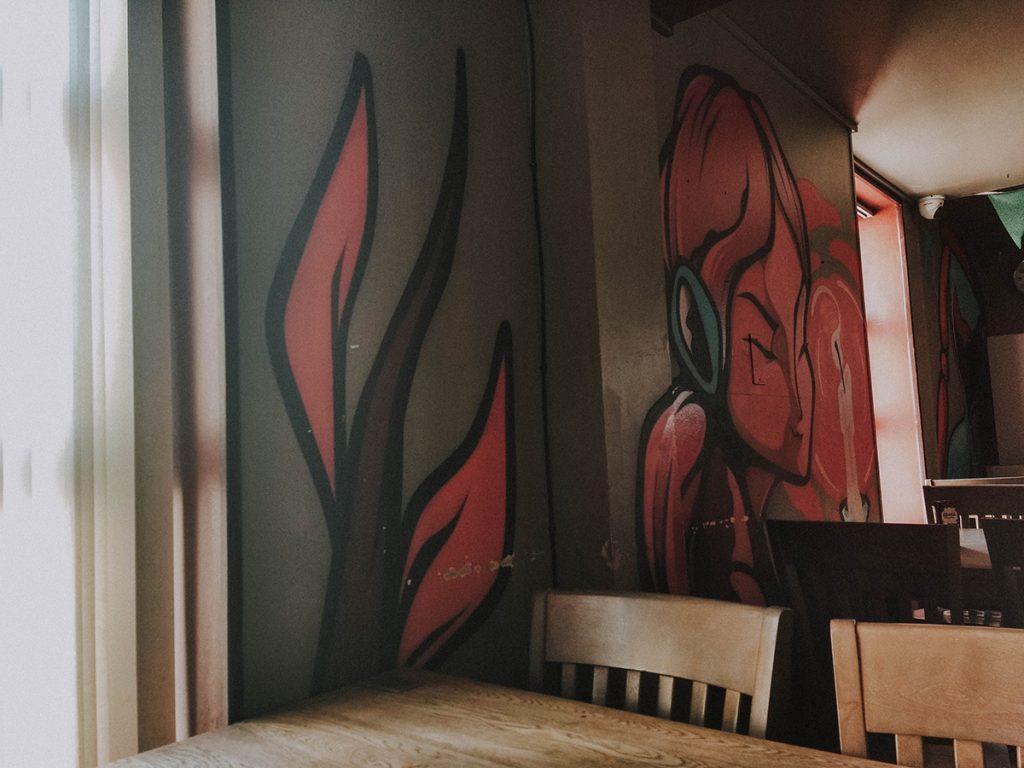 Times Hostel kitchen + social room: The only picture I appear to have taken of our accommodation for the second half of the trip. The people are helpful, and you get to meet other travellers from all over the world here. 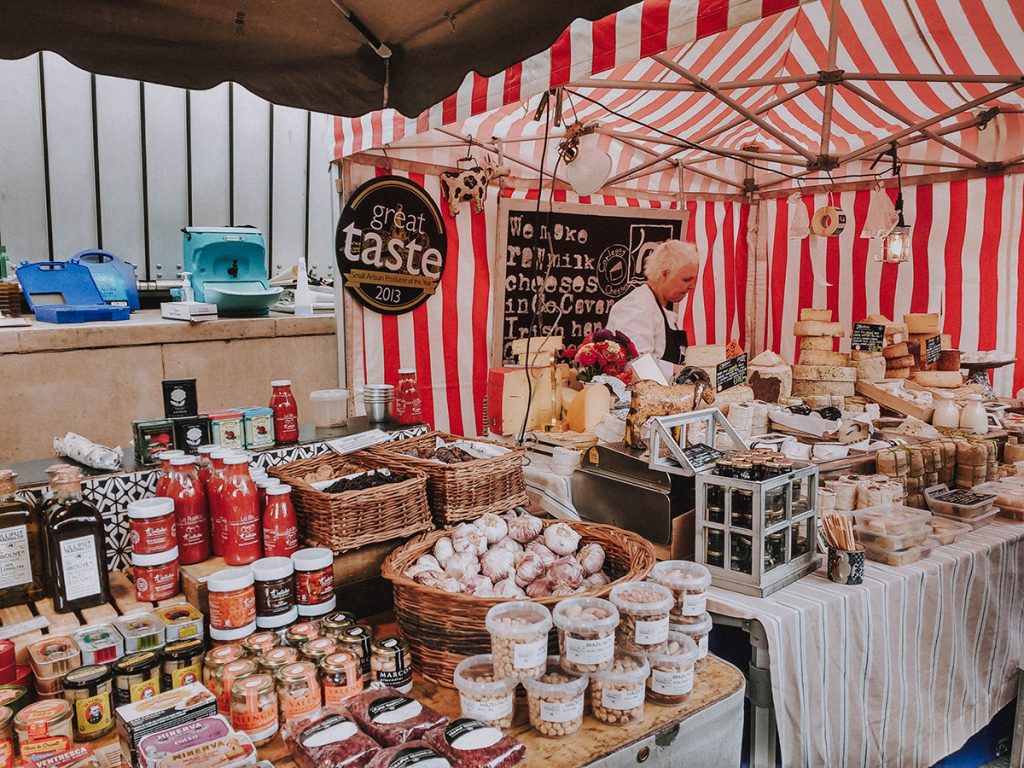 Stumbled onto a Saturday morning market. Queen of Tarts: Since day one I wanted to go here. It’s a popular café, so there was usually a wait every time we went there.

“We are all in the gutter but some of us are looking at the stars.”
– Oscar Wilde